This week’s Tuesdays with Dorie recipe was Betty’s Chocoholic Cake.
Wow! This was a hit with all the chocolate lovers in the family.
The cake is dense and rich, to me it tastes like 3 layers of brownies stacked on top of each other.
Which, according to the kids, is awesome!
Unlike the rest of my family however, I’m not that fussed on chocolate!
So I added a raspberry sauce between the three layers to break up the sweetness.
I blitzed 300g of raspberries, strained them them to remove all the hard bits and then boiled the raspberries with 1/4 cup of sugar and 1 tablespoon of cornflour.  I spread the sauce between the 3 layers and then covered the cake with Dorie’s chocolate ganache. 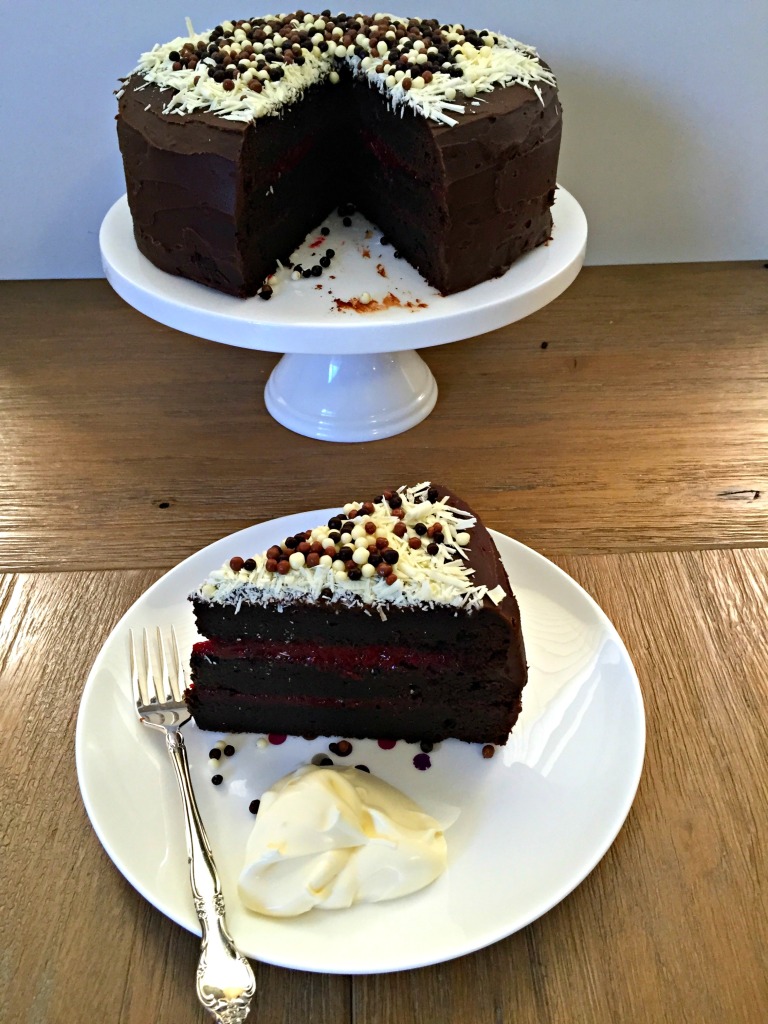 I woke everyone early on the weekend and we headed to the Eastern Suburbs of Sydney and walked from Coogee beach to Bondi beach to try and work off some of the sugar from this cake 🙂
It’s a long and somewhat tough walk but it’s also really pretty so that makes it easier somehow! 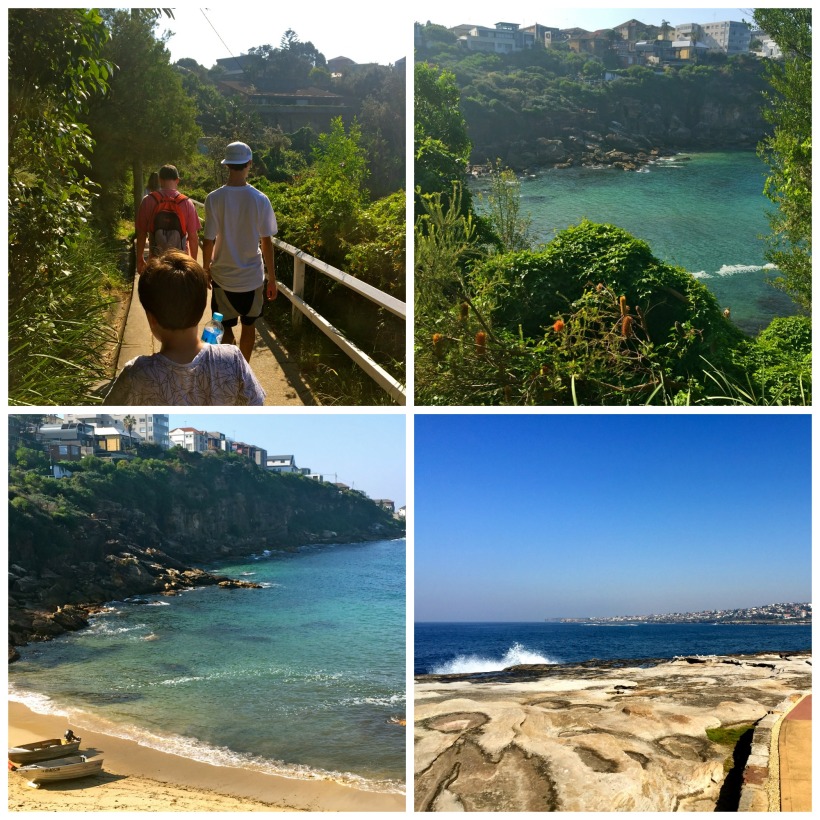 We then felt good about coming home and having more cake!
Looking forward to reading what the rest of the Tuesdays with Dorie group thought of this month’s recipes!