In her book Baking Chez Moi, Dorie Greenspan describes these mini bite sized cakes as “…a traditional French pastry made with egg whites, almond flour and lots of butter. The addition of finely chopped chocolate that melts and stripes the little cakes explains their name.”

That sums up nicely this week’s Tuesdays with Dorie recipe!
The problem for me however was that two out of my three children have nut allergies.
So after a little bit of research, I substituted almond flour with coconut flour.
I had read that coconut flour absorbs a lot of moisture and can result in a dry and flaky end product.
Google had many suggestions on how to fix this little problem and to be honest the more I read, the more I felt overwhelmed with ratios, quantities of eggs and liquids etc to add moisture.
So I decided to keep it simple and keep the almond flour and coconut ratio the same, I replaced the cup of almond flour the recipe called for, with a cup of coconut flour.
I mixed the flour into the egg whites as the recipe instructed and then I added a cup of milk to the mixture before following the rest of the recipe as it is in the book.
My little cakes didn’t rise with baking and I was worried!
However I pulled them out and they turned out amazing.
The outside was firm and the inside was moist and delicious.
The family loved them and the only complaint I heard was “I can’t stop eating these!”
The boys in the family loved them dipped in chocolate, my daughter and I preferred the naked 🙂 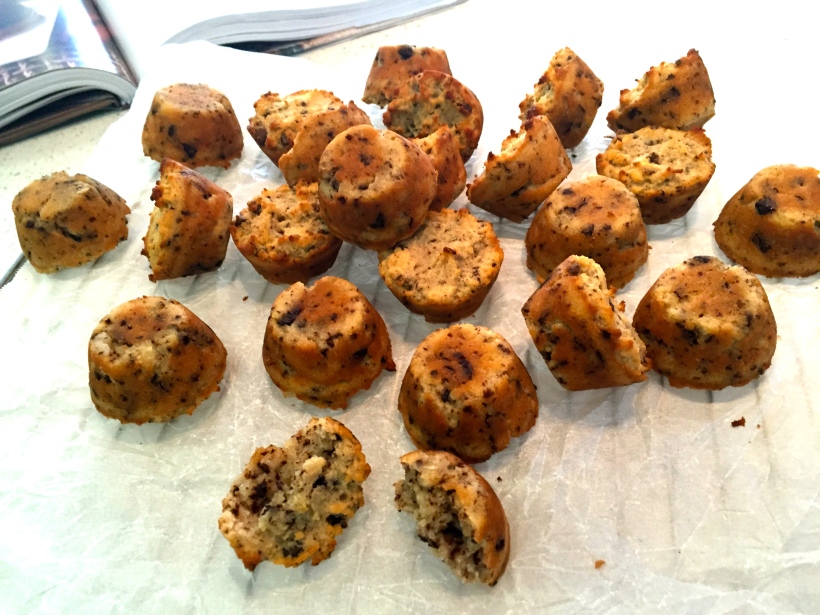