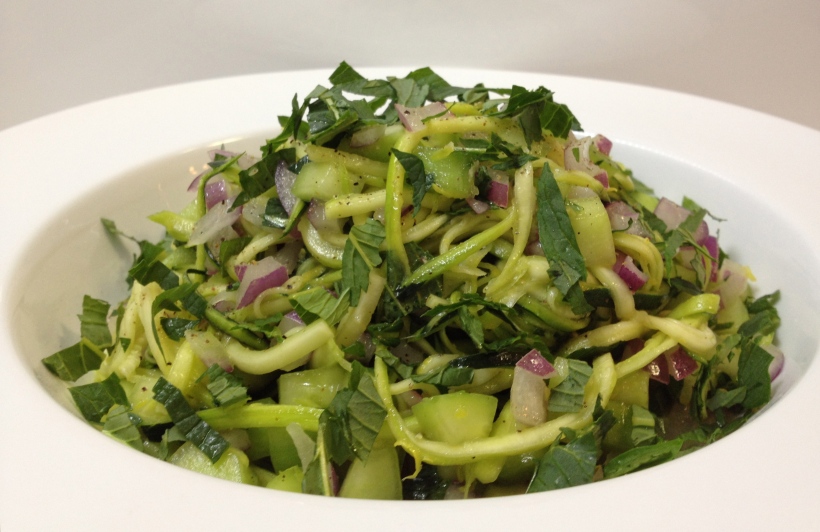 It’s Father’s Day in Australia the first Sunday of every September.
I spent the day madly shopping for presents.
(I have a terrible habit of leaving everything till the last minute).

I couldn’t imagine going home and cooking.
I honestly gave up any hope of completing this week’s French Fridays with Dorie recipe.
I was tired and truth be told… it wasn’t a recipe that appealed to me in any way!

Raw zucchini? Umm… no thanks.
If I saw this on dish on a menu, I would skim right over it!

I decided I would stop by the Foodhall at David Jones (it’s pretty fancy in there) and splurge on dinner.
I couldn’t go past the Chunky Beef Pie by Simmone Logue Fine Food Company. 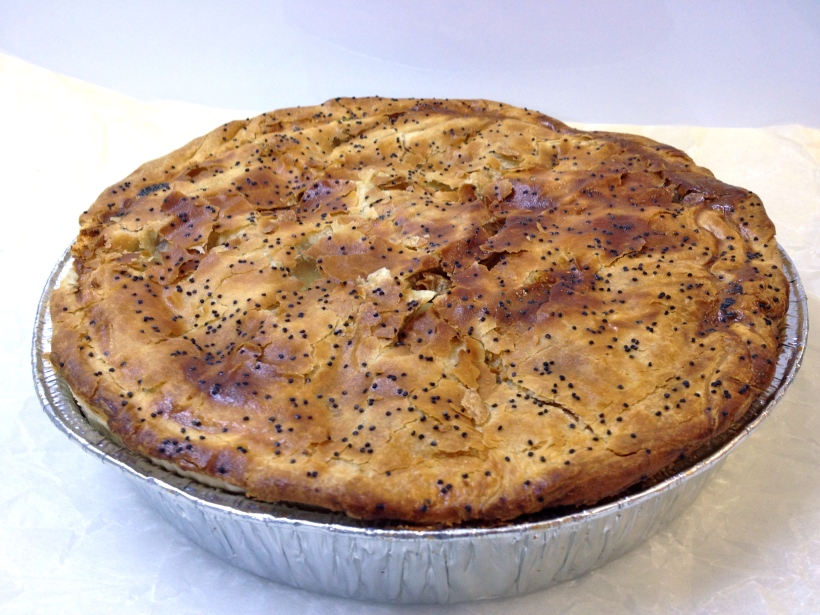 Pies are about as Aussie as you can get.
But I’ve always struggled with what to serve alongside a meat pie (other than tomato sauce that is!)
I felt I needed to serve it with a salad, I don’t know why, maybe it’s a mum thing?
You know, making sure the kids get their vegetables and stuff…
But a salad doesn’t really go with a meat pie.
(It’s just my opinion!)

Then it occurred to me, Dorie’s zucchini salad wasn’t your typical salad…
I started to toy with the idea of serving it alongside the pie.
I started to get excited!
Imagine finding a salad that would go with a meat pie! 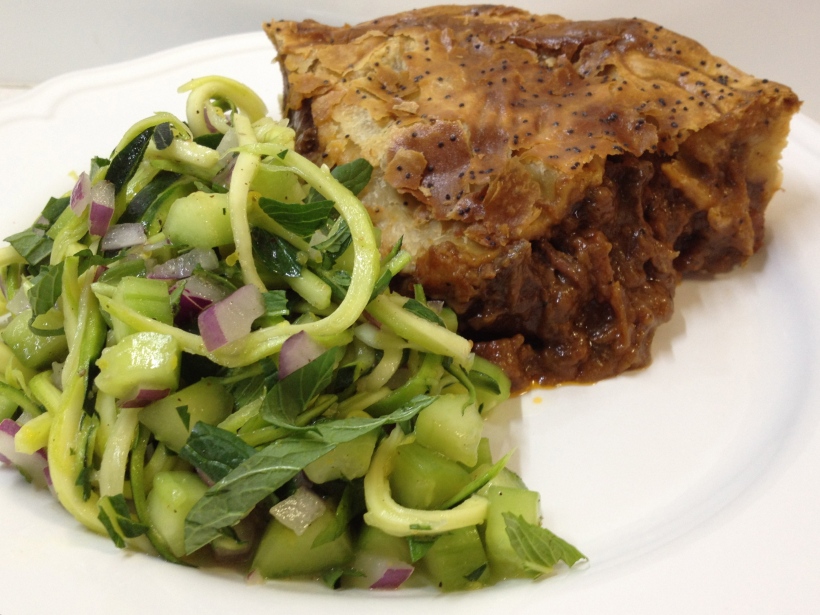 This salad is very easy to make.
The zucchini was meant to be cut into long thin strips that resemble tagliatelle.
I just couldn’t imagine eating wide strips of raw zucchini!
So I used my magic slicing machine (that’s what I call this contraption cos I don’t know it’s real name! Sorry!) to cut my zucchini into thin spaghetti shaped strips.
Obstacle overcome!
I was feeling pretty happy with myself! (Yes it really is the little things!)

This salad tasted great on it’s own and went surprisingly well with the pie.
The acidity from the lemon complimented the chunky beef filling in an oddly similar way to our traditional side of tomato sauce!
I was surprised!
And very, very pleased with myself!
(Honestly you’d think I had just invented the meat pie itself!)

The salad also tasted good on it’s own, I’d make it again, probably with grilled chicken next time!

The recipe has been published on Bon Appetit if you’d like to see it for yourself!
And to see more reviews and thoughts on this dish, head over to French Fridays with Dorie.

13 thoughts on “Zucchini Vermicelli with Cucumber and Lemon”